The Final System, other than sounding rather dramatic, is a strategy that distinguished itself from its closely related sister; the Neighbour Betting System. In the Final System, it is your commitment to the final numbers, or combination of numbers that makes this system so promising. The key is to specify in advance which Final System you wish to apply, which determines the combination of numbers that you will be betting on. For example, if you choose to play final 7, this means that you bet on all the numbers ending on 7; 7, 17, and 27.

How does the Final System work?

In theory, you will be betting on all numbers than include certain numbers. Do keep in mind that this means that betting on lower numbers will mean placing more bets, since numbers such as 1, 2, 3, and 4, will also be on the layout more than 5, 6, or 7. There are multiple ways to bet, such as final numbers, combi finals, jeux finals, and finale Schnaps, explained below. 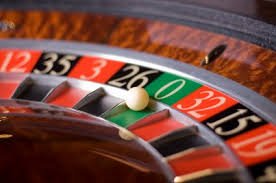 Does the Final System work?

Deciding which number, and which strategy to use for the Final System is the hardest part of this strategy. It is wise to remember that the 7, 8, and 9 are more often used since they have a higher chance of a win, with 3 chips instead of 4.  Even so, the Final System is not considered a difficult one to grasp, though it does require quite a risky player to enjoy the fruit of this strategy. We suggest that players that are not used to stressful bets should try to play this for free on roulette before playing with real money.